A duo brought to the climax of matter and intimacy. A physical performance constantly yearning for the tension and the demands of a relationship which is still unfolding. With gradual insistence, the performers' role is to impose themselves on each other as distinctive characters.
They face each other, rise and tower like two arrows. The friction of the air and the tenuous emotion between the two bodies outline two axes. Though aching for verticality, they will be pushed towards the fall, subjected to decline and collapse.
The piece claims to be written simply, as a sketch, an architecture of lifts. The game and the jousting have only one aim: to give a glimpse of the emotion bodies can show, the strength of an intimate and universal feeling. The duo combines the violence and tenderness in a romantic relationship, the tension and the fusion of a relationship which is still unfolding. 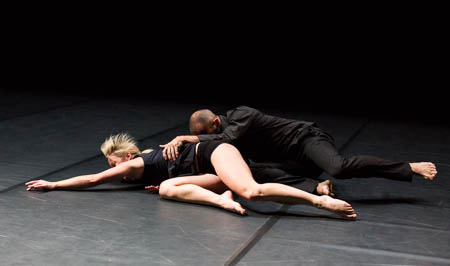 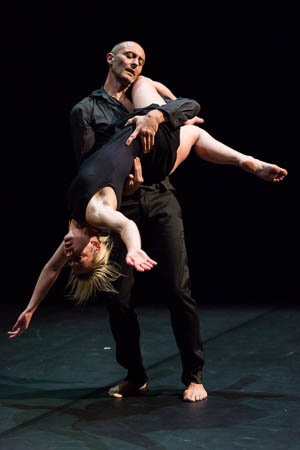