Samuel Mathieu’s next creation project, which combines research work and choreographic creation, will be phased in over time though several stages. The preparatory stage will be broken down in several steps, Moving and Soli, the chronology and contents of which are intentionally left very open, so as to enable Samuel Mathieu to seize the opportunities that come by during his research work and encounters. 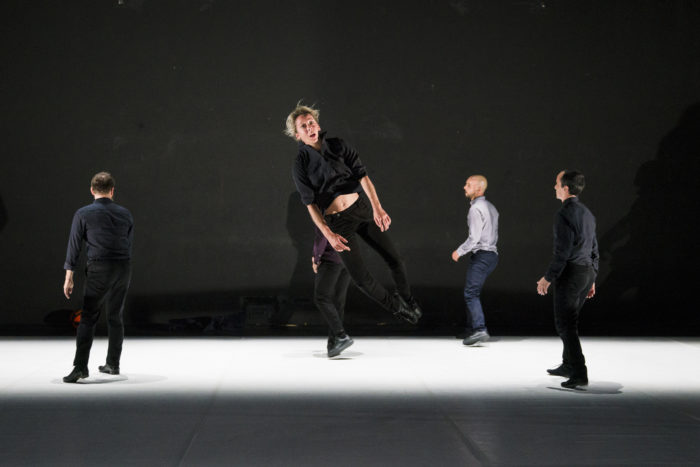 Elsewhere, abroad, where changes take place, where peoples move and revolt. Where words, bodies and images prepare to cope. There does dissidence, there does movement begin.
Matter lies in the hearts of men, in the hearts of women, victims or witnesses, rebels or torturers. The testimonies, behaviours, and positions of bodies all put together converge towards a mark, a sort of scar, the memory of an impregnation, of an immersion in the heart of a population. The research is fuelled by impressions, opinions, feelings, all sharpened by the hardship of a life governed or squashed by the oppressor.
Observing the duration of collective memory, and noting the perception of a people throughout time.

ASSASSINS
Assassins is a monstrous display of mankind…
Understand “monster”.
It is more than a fairy tale, more than a legend, more than just a tall story. Through this piece, it is an approach of our human condition.
On scene, in this last supper, exposed and overexposed figures show the normality of abnormality.
Under constant tension, bodies reveal the unbearable, the crudeness of our own images though crime, though acceptance, assent and submissiveness. Power becomes a caricature. From a distance, it becomes amusing, pathetic, cynical.
Assassins is the intertwinement of natures, it is a bunch of characters, killers of all sorts brought together for a tragedy of the eras, which compares mankind to the greater timeline of the universe: something trivial. 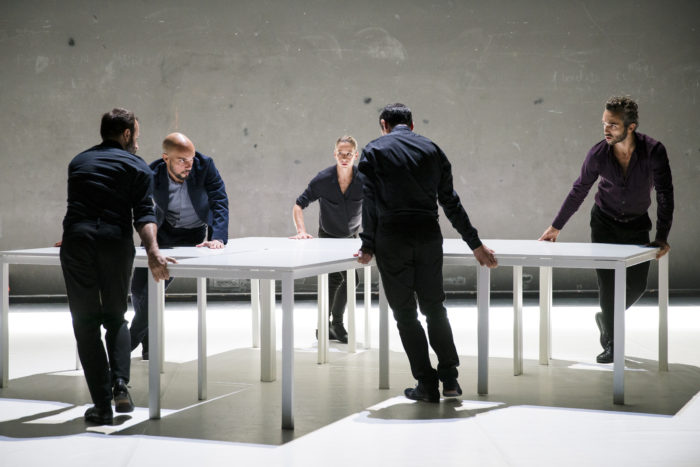