“A culture is truly dead when one defends it instead of inventing it.” P. Veyne
At a time when dancing is looking for its roots and history, at a time when dancing revisits its classics and its entire repertoire, the project offers a modern, contemporary perspective on the Rondeau.
Origin. Origins. Original. O. A circular movement. 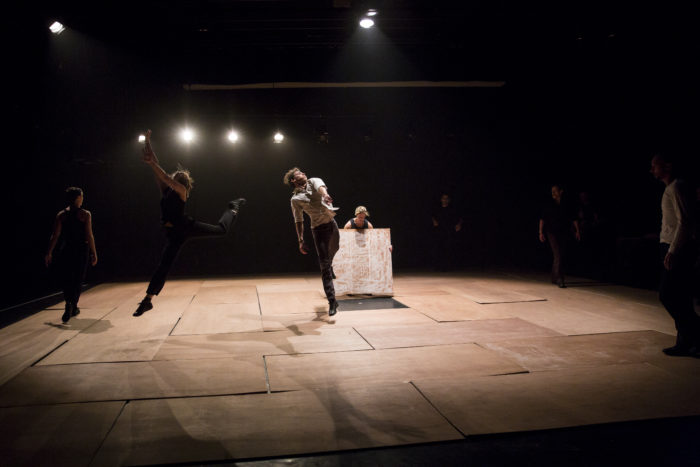 I was told that the Rondeau is a dance originating in farm labour. The movement was carried out at the end of the day, after the harvest, to beat the grain out of the wheat. I was told it was an opportunity for farmers to talk and solve the day’s problems. Reproducing the gesture, the action, referring to labour allows for a face to face between each and everyone. The place of the round dance, like a sardana, like a Rap battle, concentrates the challenge of one and the fight of another. Like a circular Pogo, a sort of circle pit, the Rondeau is full of codes, it solves and breaks with courtesies. It embodies the permission for surrounded, protected candour.

Before being supported, stirred by the music, the dance moved to the sound of footsteps, to the singing of some, to the words of others. This is a poor man’s dance, a clan’s dance, a family’s dance, in a way so close to these tribal cultures and it gives men and women the permission to express the most tender and the most violent feelings and emotions. Here the point is not a piece of traditional music like a ‘70s revival, but the creation of a political, poetical and societal choreographic Rondeau, in which mind and being are at the centre. For once, a Rondeau that breaks with the past it carries. A sleek and minimalist Rondeau, a Rondeau that only holds onto one letter, the first letter of the dance: R. 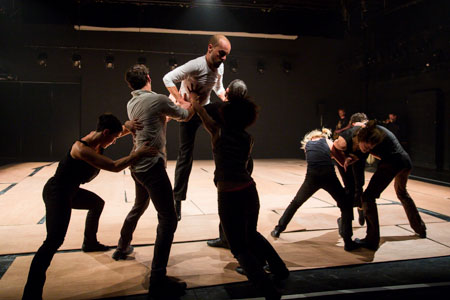