The desire is to bring together ten artists, to create a movement en masse, a gathering that becomes a body, a resistance to history.

At the heart of this group is the chorus, the collective being that I want to summon while inflating the differences. Making a body, once again, in the power of the leap, in the evolution of the rhythm until the pulse is racing, until they enter a “trance” in unison in a dithyrambic dance.

In this renewed exaltation, it is about allowing oneself, granting oneself the right to traverse and to incarnate an outward movement, to transgress the rules, to transcend and extenuate the body, pushing it to a paroxysm of itself. It is about making noise, it is about being noticed and taking a position.

(…) Since the beginning of the 16th century, there has been a clear difference between the leap step and the danced step, which enables us to distinguish the history of the ballerina from that of the saltarine:

“While the word ballerina invokes the verb ‘to dance’, that of the acrobat emphasizes the soaring leap, the contortion and the ‘turn of the hip’, connected to an ardent moment, hence this nuance between ‘saltarine’ and ‘ballerina’. Acrobatic dances stage a body that is reaching a ‘peak of gesturality’, qualitatively pushed to the extremes in a dynamic equilibrium, where it is a question of ‘un-dancing’.” Myriam Peignist

Acrobatics is thus something forbidden to the dancer, and insofar as dance was codified, it was to become completely excluded. (…) Academicism gains ground, and the acrobatic interludes gradually disappear from the ballets. With the creation of the Royal Academy of Music and Dance in 1661, the acrobat and the dancer become increasingly separated not only in terms of technique but also geographically. 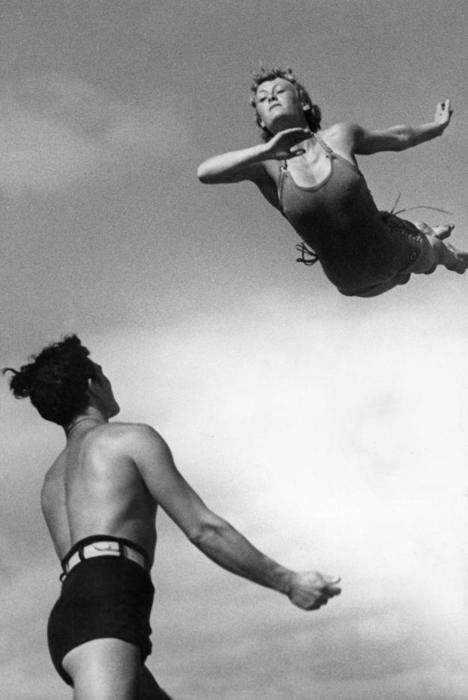